Some Lessons From Biology 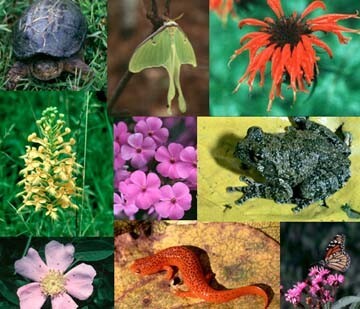 A few weeks ago, I was helping my 14-year old daughter study for her biology final. We spent quite a bit of time on genetics and evolution, including  Gregor Mendel and principles of biodiversity. As serendipity would have it, around the same time I read a Kathy Sierra post on the need to add a little randomness to our lives. And it's had me thinking ever since. . .

In the past 10-20 years, we've seen huge increases in our ability to become really narrowly focused--in thinking, in our relationships with people, in most areas of our lives.

In the physical realm, our mixed-use neighborhoods where people from different backgrounds co-existed with stores and businesses no longer exist. Now we have rigidly-zoned neighborhoods designed to keep people in their own little enclaves.

We used to interact with different people in public spaces--on the train or bus, in public schools, at church. But those are increasingly becoming fractured and separated, too.

Technology is keeping pace. Web 2.0 is all about the niche. RSS feeds mean that I can choose to only read those blogs, articles, etc. that I've pre-selected. I might go to other sites through the links in the articles I read, but those will likely be similar to what I'm already reading.

Blogs themselves are increasingly focused in narrow topic areas, offering ever-smaller slices of life. And social networks let me connect to people from around the world, but most people will use tags and "friends of a friend" to find people who share their worldview, thus reinforcing their own way of looking at life.

In some ways, this isn't new. People have always wanted to interact with their tribe. And there's a most definitely something very positive about connecting to people who "get" us. But it seems that this is a process that has been accelerated in the past few years by media and technology and a culture where abundance gives us many more choices. And I don't think it's good for us.

Biology teaches us that inbreeding--the repeated mating of close relatives--is a recipe for weakness. It leads to a reduction in diversity and accentuates the expression of negative recessive traits.   While inbreeding can briefly strengthen a strain as breeders mate for positive characteristics, it also results in many more defective offspring, too.

I'm afraid the same thing is happening to our society. The more we connect to people who are "just like us," the more close-minded we can become. Social inbreeding makes us less creative, less empathetic, less tolerant and adaptable. Innovation and growth is based on the clash of  ideas, of seeing two very different things in stark juxtaposition to one another. But will we have that clash if both physical and digital space give us the ability to segregate ourselves from ideas we don't like or that are unfamiliar?

To get more diversity into our lives has to be a conscious choice.  Biologically, we are creatures of habit. Our brains quickly habituate to sameness and create neural pathways--actual physical changes--that predispose us to continue down the same lines of thought repeatedly. It's easy for us to get comfortable with the same people, the same magazines and newspapers and blogs and ideas. We're biologically built for habit. To do something different requires a force of will.

But where to start? Biology gives us some ideas.

On a related note, read blogs from writers in different genres and areas of interest. Try to see how their ideas might tell you something about your own thinking on a subject. I've learned a lot from artist and writer blogs and find that I often get inspiration from their thought processes and ways of  looking at the world. If nothing else, they remind me to be less analytical.

Maybe I'm talking mostly to myself here. Maybe it's my own sense of feeling like I stay in the same circles all the time. Maybe others don't feel the same way. But I look at how polarized we're becoming in many parts of society and and it feels like it's important for us to consider where we could be headed if we don't make sure that we have more diversity in our lives.  I need more diversity in my life.