The conversation about technology stewardship in the nonprofit sector has been swirling around for awhile now, led by Nancy White and others far more knowledgeable than I and it's one that continues to fascinate me. 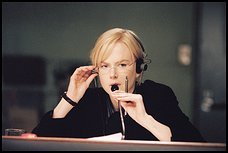 An ironically perfect example, I think, was when I had a meeting with my supervisor (our librarian, who heads our research & information area) and our IT company.

The meeting was about the more technical (programming) facets involved in developing our CMS and some more complex communications tools. Much of my contribution in the meeting involved stripping the ideas of both our librarian and our IT company back to their basics in order to - well, in essence, translate to the other what was being said. The IT company had some difficulty thinking outside of the technical box and conveying to us what was involved from our viewpoint (the user-end, as opposed to the developer-end). Our librarian had some difficulty expressing her ideas and desired outcomes in the form of tools that could be used to achieve them.

That bridging of the skill/background gap using language is something that’s become an inherent part of how we initiate and develop all of our projects, now. And the fact that that’s not only possible but easy has slotted in nicely with the way we work with each other within our space.

I like this visual of Emily as translator. I picture her with those UN headphones on trying to bridge the cultural and language gaps that exist between many nonprofit practitioners and the IT people who work with them. They really do speak two different languages and come from different ways of thinking and they need someone who can help them come together.

1. A staff member has an idea, wants to create a new e-newsletter service. He starts brainstorming the idea with another staff member.

2. From across the office, I hear the discussion, and wander over to join it. Co-worker tells me his broad ideas and goals for its audience, delivery and content.

3. I summarise the proposal into a sentence or two - re-package it for him and ask if that’s what he’s thinking of (”so what you want is a X for Y that does Z?)”

4. Once we’ve established that, I suggest a number of tools that could deliver what he wants, and briefly explain the principles of how they would function.

5. We settle on experimenting with one (or more) of these suggestions,  he sends on the raw data for me and I send it back to him in the format/delivery/tools we’ve discussed - giving him the impression of how much time and effort it might take and exactly how it works for the user (important, obviously, for dynamic content that the user can interact with).

6. Once we decide on the right technology to deliver the outcome, I train him on how to use it himself (or, if it’s too time consuming and complex, discuss how’ll I’ll take on the task to reflect the same outcome), and off it goes.

Doesn’t seem like its pretty groundbreaking stuff, but as far as the process of moving from ideas –> technology –> outcome goes, it’s a shift of how things used to be done, at least with this organisation. The attitude of your typical organisation staff member in relation to technology might be one of intimidation or even dismissal from consideration at its supposed complexity. Our organic way of collaborating and simple everyday working has fostered this more grassroots use of technology to develop ideas - people no longer feel like they have to shut their ideas down as unachievable, or feel they have to relinquish their control over them to strict technological requirements.

A few things I love about this story--one is that Emily acts as a coach to her co-worker, hearing him discuss his problem and helping him think through several options. She gives him guidance on putting his ideas together, but even better, tries to take the time to train him to do the work himself so that he doesn't have to send it to the "expert" in IT. The tools can start to become more organic to him, more a natural part of his work process that he can choose to use when the situation warrants it.

I think it's so cool to see these kinds of stories that show us in action how stewardship works. It's one of the reasons that I agree with Beth that it's a good thing we have more nonprofit techies joining the blogosphere.

Thanks Michele! Nicole Kidman... A fellow Aussie. How ironic.

I have a widescreen's width worth of tabs open on Technology Stewardship and its associated issues right now, waiting for me to get down to some reading and be somewhat more articulate on it. Thanks for the prompting!