Home For Organizations Speedy Startup Entrepreneurial Programs Leadership Programs Projects & Presentations Contact
How to Restore a Session So You Don't Lose Your Work When Explorer 7 Crashes
31 Days to a Better Blog--Days 22 & 23: Dead Links and SEO 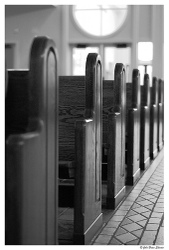 It's been about a year since I began The Bamboo Project (the exact date is lost in the mists of time and a move from one Typepad account to another). It seems fitting, then, that a great post this morning from Darren Rowse reminds me of those first days and months of pouring my heart into the digital void and how often it felt like I was talking to myself. (Sometimes it still feels that way).

I've been emailing recently with Christine Martell and one of the things we've discussed is how many people don't start blogging out of a fear that they'll look foolish or that they'll make a mistake. I'm here to say that in the beginning, it doesn't really matter because nobody will be reading anyway. You'll write a post that feels like solid gold, you'll post it and . . . nothing. You'll write a post that is crap because you didn't have time to do research or you just didn't put the necessary effort into it and . . still nothing. Unless you're sending out your blog URL with your Christmas cards, it's unlikely that many people at all will see your blog, so you'll be making mistakes (and doing great stuff) in an empty room. Which for many people is the best place to screw up.

So why blog in the first place? Because eventually the readers do come, and, as Darren points out, when they do, you'll be ready for them. You'll have learned the rhythm of posting, tried out ideas and had a chance to poke around on other people's sites. Yes, you may have made mistakes, but if you're serious about blogging, you'll learn from them and move on. And sometimes it's the mistakes you make that create the best fodder for your posts.

The comments and conversation are part of what makes blogging so rewarding and interesting. But there's something to be said for those times at the beginning when you're preaching to the empty pews. They give you a chance to find your voice and to get comfortable with working in a more public forum. Slowly, surely, as you continue to work and write, readers will creep in to hear what you have to say. If you nurture them and listen and continue to get better at what you do, they'll stay and bring more people with them. You just have to have faith and stick with it to get over that initial hump. Eventually it builds to something really great and then it all feels worth it.

Another excellent post from you Michele. It inspired me to stick to my blogging schedule despite getting almost negligible visitors most of the time. your blog is slowly becoming a very good resource of blogging tips. Keep it up.

Michele: Maybe the pews are not as empty as they look. I discovered I have 15 new subscribers today, and there's no sign of them in my comment box or subscribed searches that find links to my blog.

Writing for my blog reminds me of conference presentations I've made where I had to become inner directed to finalize what I was going to say. With so many unknown audience members, there's no way to meet their particular needs, interests or dilemmas with my presentation. When I go within to get a sense of which topic to write about and how to approach it, I trust what comes to mind. That seems to work for my subscribers now like it did for my audiences at conferences.

Eklavya--I'm glad that I inspired you to keep writing--that was the main reason for my post. That and wanting to help people realize that it's good to get started because you're not looking foolish (assuming that you actually are acting that way) in front of a big audience. :-)

Tom--I think you're right in your comparison between blogging and making conference presentations. Slowly as you do more of them, you also get a sense of what audiences expect from you, which helps build your confidence in what you're sharing and gives you more ideas.

To some extent, I think you have to find intrinsic satisfaction in blogging anyway, in order to keep up your schedule and maintain an audience. Even if you have a big audience or you're writing for an organization, if you're not writing about something that excites you and that you'd write about if no one was looking, I think that it ends up showing.

De-lurking to say I love this blog!

What great advice in this post. It is a bit of a stretch to imagine that a blog is worth doing if nobody is reading. But your encouragement that eventually readers will come is so true. What's hard in the beginning to understand is that many-to-many media is a dynamic process. By blogging, even when it seems nobody is reading, we gain real practice in hyperlinking. Connections and readers don't come all on their own, but they're never something that a writer has complete control over either. It takes creating your own blog for a while to get the hang of it.

Thanks, John--I'm glad you came out of lurk mode! I so agree with you that it's only through the experience of blogging that you can totally get it. Reading is one thing, but there's a not of power in being on the other side, even if you don't have a huge audience.

Michele, this post makes me smile. Somewhere around my 100th post, I wrote the headline, "What's a Play Without the Audience?" I think even if we have a gazillion subscribers, it's helpful to write as if you're talking with an audience of one.

I must admit, I have actually deleted several posts for fear that some wonderfully compulsive reader with a photographic memory will remind me of something I wrote badly...

Hi Lisa--thanks for the lovely compliment. :-)

I know what you mean about deleting old posts. When I moved from one Typepad account to another several months ago and was doing the import, I found myself cringing over several of my early posts. I considered deleting, but decided it was good to have a reminder of those early days, kind of like keeping your teenage journals. I'm hoping that if people find me via those old posts, they'll look at some of the newer ones and forgive me for my beginner mistakes.