Home For Organizations Speedy Startup Entrepreneurial Programs Leadership Programs Projects & Presentations Contact
Webinar Round-Up: Results of Survey and Resources for Successful Webinars
Reader Question: What Advice Would You Have For a New Blogger? 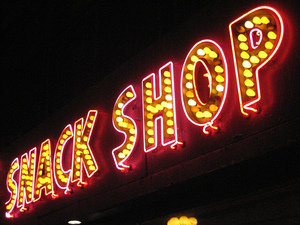 Ahh, it's meme time again. This is good, as I needed something to write about today.

Beth Kanter has tagged me this time, asking about how I do and don't respect the time of "media snackers," folks who like their news and information in snack-sized portions, rather than getting them in a full meal. It's a meme started by Jeremiah Owyang, who points out that busy business people like to snack as much as the youth highlighted in this video by the crew who've coined the term. I'd agree with that one.

This is a bit of a challenge, because reality is, I'm probably not the greatest blog for snackers. But let me see what I can come up with in the "doing well" category.

How I Respect Media Snackers

Things I Could Do Better

My Overall Grade
I'd give myself a pretty poor overall score for "snackability." But honestly, I think I'm OK with that. I think that there's a place for snacking and a place for meals. Sometimes I like to have a quick bite, but usually I like to savor something more substantial and I suspect I tend to attract readers who are looking for a meal and not a snack. Frankly, I think that we still need to make room in our lives for the longer, more reflective posts and not expect that everything will come to us in bite-size portions.

Eric Skiff at Podcamp turned me onto tumblr and I am thinking of doing it too ..

I hope you'll track back to me in this post -- I really enjoyed your insights here.