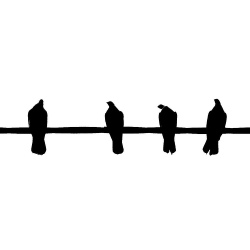 Last week's post on facilitating conversations between commenters on a blog post opened up some great discussions, both in comments here and at other blogs, that I wanted to try to pull together a little. Warning--ill-formed "process post" ahead.

As you'll recall, I started with asking some questions about what we as bloggers could to to expand conversations so that they didn't just occur between the blogger and the commenter, but also between commenters on a particular post.

I mentioned that I thought part of the problem in doing this is the very nature of blogs, but Christy Tucker said it far more eloquently than I did:

Part of it boils down to the fact that blogs really are designed more for the conversations around one person's ideas than around each other's ideas. Conversations that are really in-depth are often more suited to become actual posts, either on the original blog or on the commenter blogs. And blogs in general are more for parallel dialog than direct dialog; George Siemens wrote about this idea last January on his connectivism blog. Much of the conversation with blogs isn't through comments, but through other blog posts responding to those ideas.

True. Blogs, by their nature tend to be a one-to-many type of medium, despite our best efforts to turn it into something bigger and more community-oriented. I still control where the conversation goes by virtue of the fact that I'm the one who starts all posts. If I'm responsive to readers, I'll obviously take their interests into consideration. But reality is that I'm still the one in control. If I want more of a community feel, then forums are probably more suited to that because they allow others to start up their own discussions.

Related to this issue is the current state of blog technology,  which doesn't allow for very effective or efficient managing of conversations that occur not only in comments but also in responses to a post that are posted on other blogs. Yes, tools such as coComments and plug-ins that allow you to sign up to be notified of subsequent comments to a post can help you keep track of what's happening in the conversation in some ways. But, as Atul Sabnis notes

If we go by Christy’s thought — which I completely agree with — and in-depth responses to posts are presented as posts on the commentators blog, then we have a small problem of tracking the entire posts as responses — and someone who is tracking the topic, now needs to go many places to see what people are responding.

You can see that pretty quickly if we bring up a juicy topic, there are so many strands of discussion to follow that can add to our knowledge on all of this--the original post, blogger responses to  that post and all comments to each of those responses. These different strands potentially add to our exploration of the topic, yet we don't really have a way to keep track of all of that or at least I haven't seen anything that will allow us to have that level of tracking.  But maybe I'm missing something? Anyone know?

David Wilcox raised some new and interesting questions, too, about how to spread blog conversations beyond blogs into face-to-face, Facebook, mainstream media, etc. Interestingly, this entire discussion originated in our Building a Better Blog social network and I pulled it over here for further musing and comment. It has since spread to other blogs, including to Sue Waters who has some additional ideas on how to facilitate interactions with readers.

So even without a lot of facilitation on our part, we're starting to see a bleeding of discussions into a variety of social media, beyond just blogs. It was complicated enough trying to keep track of things when we're talking strictly about blogging platforms, But now I think we may be looking even beyond that. Atul's idea of figuring out how to pull all of these conversations together into a single, easy-to-use interface that is automatically updated as people respond to the conversation will be an important value-add to facilitate discussions. Not sure what this will look like, though or how it might work. I don't think that just having feeds is going to work. It will rapidly get too complicated to really manage all the potential information coming in. So I think that there needs to be some "intelligent RSS" as Atul calls this.

Right now this is still kind of fuzzy. I'm thinking that a graphic of some sort might help.

What ideas do you have about all of this?

UPDATE--Lisa Junker emailed me to suggest that both the size of a blogging community as well as the length of time a blogger has been writing can both impact the sense of community that will be more likely to result in cross-commenter discussions. In particular, I think she's right about the size of the readership. If only a small percentage of people online are actually commenting, then you have to have a pretty sizable audience to get that level of community going.

Also--Beth Kanter is taking this conversation even further. She has a nice graphic on the intensity of sharing and how we have to create a framework for sharing that encourages and supports those who are new to blogging or else there's no room for growth. She also points out that bloggers have to "weave" new conversations by synthesizing conversations and then adding to the discussion. Good stuff--definitely go read it.

I'm visualizing a large dinner party. Lots of people talking in the room at loud volume. A conversation starts in one corner and winds its way around the room. Sparks fly between a couple in that corner. Hands wave over there. Not everyone participates at once, not everyone can know what everyone else is saying (otherwise it's just a lecture). Conversations are fairly organic, right? If we track them to death are we losing something? Maybe. Maybe not.

Maybe it is possible to keep on top of all the threads. A good facilitator can often bring those threads back together -- as you've done here by mentioning all of the side conversations that have started.

It's a social network. A web. It can be messy. And complicated. It's people. It's conversation.

All this talk about facilitating comments (and commenters) in blogs is just constantly reminding me of the other place where I spend most of my time online - Livejournal.com.

LJ started off, I'm pretty sure, like the other hosted blog sites (Blogger, Wordpress, etc), but as time has gone on, its features have developed to serve the more insular environment that LJ has become.

In terms of posting, LJ is like any other blogging service. In terms of reading, LJ allows you to "friend" other LJ users, and then dynamically generates you a page that displays their blog/LJ posts (like its own internal feed reader). Also in recent years they've added a "syndication" feature - where you can "friend" the rss feed of an offsite (eg. non-LJ) blog, and therefore read those updates on your "friends page" as well. It also has a community blogs feature, where many different livejournal users can all post to the same community blog.

In terms of commenting/discussion, LJ seems to embody pretty much everything you've identified above - and does it successfully (again, at least internally). Readers can comment on blog posts made by LJ users. Comments are organised in threads. Although LJ allows comments by OpenID users and anonymous (i.e. Non-LJ) users as well, the main benefits happen for LJ users.

In other words, it's geared towards group conversation - not just structuring it so you can have a conversation with one or many, and branch off as you see fit; but so that you know when someone's actually talking to you, or about something you like!

This is very "intelligent RSS", though the only problem is its insularity. Often people on Livejournal (in the communities I occupy, at least) don't consider them "blogs" - they consider them "livejournals". In terms of using RSS within Livejournal to feed/comment on blogs *outside of* Livejournal, it's somewhat lacking (in fact, they pretty much don't use the term "rss" anywhere on the site when talking about subscriptions, though each LJ has its own valid feed that ostensibly, anyone can subscribe to with an aggregator).

At any rate, the community/discussion feature is hugely successful. Livejournal definitely fosters community; I myself feel the community element to it much more strongly than I do the "blog" element. Possibly it has to do also with the different security levels it offers - you can "friends lock" your posts to restrict who can read it - but also due to the fact that you can see who has "friended" you also. So there's always in the back of your mind the understanding that there ARE people reading what you're saying, and you're reading what they're saying, and it's (often) in a secure environment you can comfortably and casually speak into.

(I won't link to my Livejournal here as I'm anonymous over there and prefer not to connect my anon with my meatspace name, but let's say that it has been my primary (social) networking site & home online for over 5 years.)

LJ is open-source, but it seems only on a large scale - you can set up your own hosted blogging site with it (eg. greatestjournal.com, insanejournal.com, journalfen.net), but not your own single blog (which makes sense, as the best features are the ones that form communities with other users of the same service) as you can with software like Wordpress.

Just thought I would throw that model out there into the arena, as it does seem to fit your ideas relatively closely!

Hi Michelle, I have been very interested in this conversation and the advice posted by Sue Waters, so have taken it to heart. I have just written a very 'honest' post about midwifery which follows an article I wrote in our professional journal that will hopefully attract midwives to look at this post. I have finished with some questions as you suggested-I'll be very interested to see if I get any comments. cheers Sarah