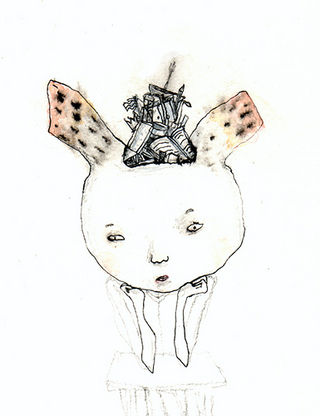 Being away from my computer for much of the past few weeks really showed me how much mental clutter I've been accumulating as a result of my bad digital habits. Over the past several months, I've taken multi-tasking to new and dangerous levels and had noticed a precipitous drop in productivity that seemed like it was spiraling out of control. I literally felt like my brain might explode.

One good thing about time away from my computer was that I used it to think and write in my journal, trying to figure out what was wrong. Among the bad habits I noticed:

Tomorrow I'm going to write about some of the solutions I came up with, but for now I'm wondering if you've experienced these kinds of issues.

Do you have habits that add to your mental clutter? What do you do to deal with them?

Posted at 07:50 AM in productivity, professional development | Permalink | Comments (13)

Thanks for sharing this, Michele.

My own vice is tab overload. Before you can say "del.icio.us" I've got 40+ tabs open... all with stuff to be 'processed'. At least that is how I feel. So much incredible stuff being written on blogs these days - yours included.

On a more positive note, I daydream, too. More about that here:
http://www.stevebridger.com/2008/12/mind-apples/

I think the "fixer" one is common with many women -- including myself. Learning to be empathetic but to create personal boundaries is something that really helps with reducing mental clutter. I do think that the daydreaming can enhance creativity, if it doesn't go on too long. I think ways to reduce mental clutter include deep breathing and learning to be still for a while even as things whirl around you.

It's very easy for me to get bogged down with the problem areas in my life. Thinking about the problems creates more doom and gloom, which can sometimes be hard to get out from under. (It's like the blackness that seeps out of Mordor...and, yes, I am re-reading Lord of the Rings right now).

Which brings me to your last bullet point and truly the hardest for me -- even figuring out what I want to be. Deciding what my goals actually are, besides just getting through each day the best that I can.

I wonder if part of the problem is that the internet gives you social interaction that you might get in a more traditional office setting. I find I have this problem.

I think I could have written this post! And I'm sure there are plenty of others who fall into the same category. One thing I find helps me to clear my head and think through priorities is to turn off my mobile and get out for 2 or 3 hours for a long walk. It might seem like another way of avoiding work but I get away from distractions and can devote the time to thinking, and usually come back with a clearer picture of what I need to do and achieve more than I would have done sitting in front of a computer screen. When I get back in the office I'm usually able to put things into order.

I let myself be easily distracted by Twitter and then up all over the place - chatting on Skype, meeting someone in Second Life etc. Its great fun but I get nothing done.

Great. So not only have you encouraged me to be transparent and spill my guts online, now you have gone and published MY secrets and what I have been doing the last few weeks.

I have really been struggling with what my big goals are and how they break down into day to day priorities. Everything else is how I avoid dealing with that core issue. Especially in this unpredictable economy, it feels especially risky to state what I want. It feels like I'll be setting myself up with a measurement for failure rather than a goal for success. Then I am mad at myself, I don't want to buy into the fear that seems to pervade.

So I'm really hoping you are going to share some serious good tools to get out of this mess. I'm OK with you spending time fixing me :)

This was a good post - it's one of those posts where everyone feels like they could have written it, yet nobody thinks about these things unless they are reminded of them on great blog posts like these. :)

The 'having multiple windows open' and responding to things like emails immediately really rings a bell for me. I do this OFTEN. So, from today, I'll close all my emails, and readers, and only check them once or twice a day. :-)

Hey Michele
Completely agree with you on where you're coming from :)
I've often experienced that mental clutter - and tried to re-set it this year, by re-installing my laptop, and starting from scratch ;)
Tim Ferriss has some interesting insights, in 4 hr work week - where he's down to a few hours a week of email.
I think we sometimes over estimate how important things feel, and how unnecessary it is to "reply" to thing immediately, when it's out of "flow" for us. I've disabled all my automatic notifications, and only check my emails once or twice a day, responding as needed. I've found, the world manages to keep on going ;) To help get more productive, I've also started "closing" tabs, and windows, and just generally when I'm ready to start on a task, I try to close everything that isn't directly related to that task at hand - at least that way it's easier to avoid getting as readily distracted ;)

I returned from England yesterday, walked into my office last night and was horrified at what was waiting for me, a new pc (a good thing, yet it needs configuring), mail from 3 weeks of being on the road (I was working from my mothers dining room table).
I had 91 emails just from not being online for my 8hr flight, christmas cards unopenned and still gifts for my 6mo arriving in droves (she was on spoilt little angel for her first christmas) and I was just overwhelmed. Before crashing out at 9pm, I went through my mail box and created rules based upon client email addresses and rss feeds as well as google alerts, this morning I felt much better when I looked at my inbox and only the important client related emails were sitting there for my attention in my INBOX, everything else filed away for later execution...

This morning, Jet lag assisting I was up at 3am and made a valiant attempt at at least clearing the physcial clutter from my desk... next to work on my brain... sigh... that could take a lifetime!

Can't wait to read the next installment...

As always--awesome feedback from everyone that not only made me feel less alone, but also provided great fodder for the next post. Thank you! This is why I keep writing--to be able to interact with and get advice from all of you! It is amazing to me how much we all suffer from this issue. You'd think we'd have it conquered by now, right? :-)

Hello Michele, great post I just stumbled upon while searching on google for mental clutter blogs. I was curious if this was talked about online. It is clearly a common experience of many.
I certainly display many of the habits you mentioned above, but rather than beating myself up (by calling them Bad habits and feeling bad about having them), I choose unconditional freedom from feeling bad, which results in greater inner peace and actually less mental clutter.
Since this post is about identifying the problem (i.e. the causes of mental clutter), I'd like to offer another perspective: what if mental clutter was a mechanism to keep us from feeling those bad feeling emotions we may be addicted to? what if keeping busy and mentally cluttered was just another way to cope with those emotions just like we do it with food, entertainment, etc?
Before I am heading over to your mental clutter solutions post, I recommend you check out the unconditional freedom process I developed; it has been shown repeatedly and consistently to produce a big reduction in mental clutter.