Dealing with Negative Comments on Your Blog 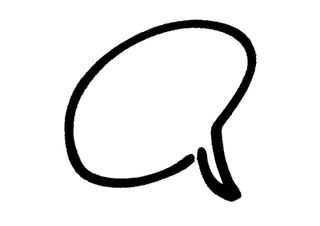 Someone emailed me this morning to ask how to deal with negative comments on your blog. I sent her a response, but thought it might also be helpful to do a post.

What is a Negative Comment?
The first question we have to ask ourselves is what do we mean by a "negative" comment? There's a difference between commenters who engage in name-calling or clearly inflammatory rhetoric on your blog and those who simply disagree with what you say. Trolls are an unavoidable aspect of blogging and it's important to split them apart from your other commenters when it comes to thinking about responses.

Your mileage may vary, but for me, my definition of "negative" commenting is pretty narrow. Name-calling and personal attacks are out. I also consider inflammatory or hateful language to be negative. Beyond that, we start to get into some pretty squishy territory. I've had several commenters who make very legitimate points, but do so in ways that irritate me--usually because they seem to be impugning my motives or calling me stupid. Although I have a strong emotional reaction to these comments, I've had to remind myself that people express themselves in different ways and often my response is more about my own insecurities than anything else. Easier said than done, I will say.

My Theory of Blogging and "Negativity"

When it comes to dealing with negativity, I think you have to think about the role that disagreement plays in blogging. My theory is that when you blog, you should have an opinion. If you have an opinion, someone is going to disagree with it. Hopefully they leave you a comment so you can learn something from the disagreement. Honestly, if you don't have people disagreeing with you once in awhile, I think you have another problem.

If people do disagree, as in real life, some people will do a better job of voicing their disagreements than others. Your challenge is to separate out those people who genuinely disagree but lack blog social skills from those who are just being jackasses. A fine line at times, but one worth investigating. Learning comes from exploring not just our similarities, but also our differences.

Three Responses to Negative Blog Comments
As in real-life, we have three options for dealing with negative comments on a blog:

Engaging with Negative Comments
The first and most obvious response to a negative comment is to engage with the commenter. This is where you have to be careful that you're not dealing with a troll, whose main motive is to get a response from you. Trolls should be ignored, not encouraged.

If I see some aspect of the comment that I can respond to--the person has made a legitimate point, albeit in an obnoxious way--I will generally respond to that aspect of the comment. I tend to try to avoid any inflammatory language of my own, a reflection, no doubt, of my real-life tendency to defuse conflict. I might also say something about how blogging allows us to discuss and share different opinions and ideas.

I  think  how I deal with "negative" comments most definitely is an aspect of my "online brand." If someone has a legitimate difference of opinion with me and I respond in the same negative tone they use, I'm going to look like as much of a jerk as the commenter. It's important to me to get disagreement right because people watch how you handle these situations as much as how you write a blog post.

The challenge for me in these circumstances is to see the legitimacy of a person's comment without being overwhelmed by how they said it. I actually find it easier to deal with negative comments on line than in real-life though. Online, I have time to think through and craft a response. I can look at what the person said and make better decisions about what's really going on with the comment. In real life, I'm usually either lashing out or standing there with my jaw dropped, wondering where THAT came from.

Ignoring Negative Comments
If I think the person is a troll or on the borderline, I ignore the comment. My experience is that in those cases, people are looking to stir up controversy and one of the first rules of online community is "do not feed the trolls."

Usually these kinds of comments come from commenters who have never commented before. They also tend to not leave a link to their website. If the first time you visit my blog you say something nasty and inflammatory and then don't leave a link to your site, you're usually just dropping in to cause trouble. If you never return, I KNOW you were just trying to cause trouble.

Fortunately, I've had few of these situations.

Deleting Negative Comments
The final option in dealing with negative comments is to delete them. I have a VERY conservative delete policy (mentioned in my comment policy). I happily delete comment spam as quickly as possible. Beyond that, the only comments I would delete are those that call me names (and they would have to be some pretty bad names) or that use hate language.

To me, the blogosphere should be a free speech zone as much as possible and as long as the discourse doesn't descend into personal attacks, I'm not going to censor people's ideas and thoughts, even if it is "my blog." I see no purpose to this, although I know of some blogs where disagreeing with the author is enough to get a comment deleted. (BTW--To date I've only deleted comment spam)

So these are my thoughts on dealing with negative comments on your blog. What are yours? I'm also curious about how you define "negative" commenting. Leave me a comment--negative or otherwise. :-)

Wow, there's a lot here on this topic. You've done this well.

Speaking as one who has a conscience and awareness of how some comments I submit to posts can be interpreted as negative, I agree wholeheartedly with you when you say, "when you blog, you should have an opinion."

Of course, the same could be said of bloggers who leave comments on their own blog in reply to other comments. I have to admit that my comments have, on at least one occasion, been the cause of what I'd call much negative comment from the blogger. I was hard pushed to find a way of ameliorating the cascading situation, with little success.

And "if you don't have people disagreeing with you once in awhile . . . . . . you have another problem. " So true! You thought through homophily well in April last year and introduced me to the word and reminded me of the concept.

Diversity in opinion is inevitable. And it is wonderful fodder for constructive discussion provided the participants respect the right for each other to hold an opinion.

Ken, what's interesting is that you were one of those commenters at the beginning to whom I had a stronger negative reaction. I can remember reading one of your first comments and thinking "this guy thinks I'm an idiot!" and not being too happy about that. :-)

I've come to realize that you are someone who likes to challenge ideas which is a good thing. You've often made me think much more about something I've said. I also realized that I was being overly-sensitive in my responses--that I'm worried about looking stupid on my blog so I can tend to over-react to certain comments.

You're so right that we as bloggers can really feed the situation if we aren't careful. That's why I've found blogging to be an interesting forum for self-improvement. I've been challenged by some of my own personal issues on many occasions here!

April 27 2008 was the time I put my oar in. I've just read it again. You didn't reply (a category 2 response :-). Some would argue about that being a response (another discussion topic :-)

Nearly a year
And I'm still here;
And you're the brink
That made me think.

But some would preach
It serves you right
To try to teach
That Scottish skite.

Yeah, I think that was the one. :-) Although I see that I didn't respond to a few people from that comment thread, so don't take it TOO personally!

What I do love about your blog is... the truth in it. Not only you assume being "overly-sensitive" and being "worried about looking stupid on [your] blog". Well honestly... who would not? :)
But, you are voicing this out and building on top of this as an open road to self-improvement.
I find this impressive.

What I do love about your blog is... the truth in it. Not only you assume being "overly-sensitive" and being "worried about looking stupid on [your] blog". Well honestly... who would not? :)
But, you are voicing this out and building on top of this as an open road to self-improvement.
I find this impressive.

Thanks, Armel--I've had a lot of conversations with other bloggers about this notion of admitting to your insecurities, etc. What I realized is that the bloggers I like best are those who are human--who let me see ALL of themselves, rather than just the perfect parts. I think that one of the reasons we blog is to connect to others and for me, the connections have often occurred through a reaching out around imperfection and confusion. For me, it's the imperfections that make people interesting and endearing though. And it helps to know that we aren't alone in struggling against our personal challenges.

I made a careless comment on a blog posting recently. I did not fully appreciate the impact of my words and regretted it afterward. I think sometimes you don't realize how public your comments are and that you should make sure you filter your opinions for public consumption.

Thanks for this post! I'm dealing with negative comments, but the people - one in particular - are leaving them on other blogs. I only control comments at one site, but am reluctant to delete. I believe in free speech, but I figure it will also stir them up more to see a deleted comment.

My unfortunate mistake was getting involved (nicely) in the comments section at another site. It makes me understand why so many people don't want to leave comments - because of the trolls. Ironically, I've been thinking of a blog post on who not to engage before this started.